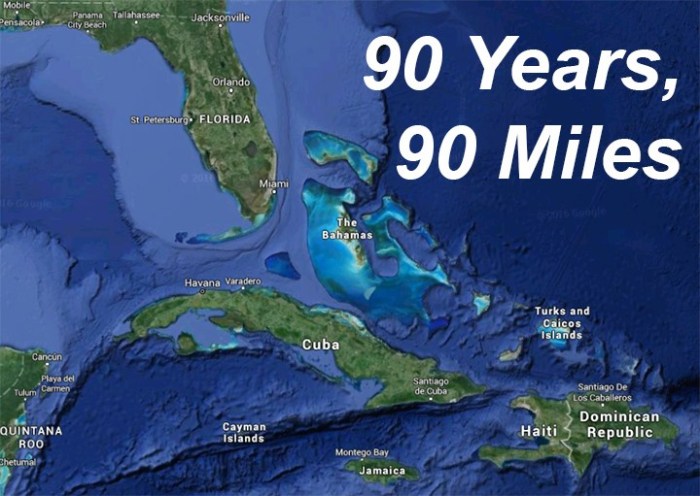 President Obama ended nine decades of isolation with Cuba amid mixed political reaction, but right behind him was Rep. Mark Sanford, R-S.C., who has long supported ending the embargo with Cuba.

President Obama ended nine decades of isolation with Cuba amid mixed political reaction, but right behind him was a South Carolina congressman who also believes the time is right to thaw relations.

“We’ve tried 50 years of something and, as the President said, (while speaking in Cuba), it doesn’t work,” said Rep. Mark Sanford, R-S.C., one of a handful of Republicans who accompanied President Obama on his March trip to Cuba.

The First District congressman harbors a strong libertarian streak and has long opposed the embargo against Cuba and its Communist leader Fidel Castro. Sanford was among the first to embrace Obama’s call for loosening travel restrictions to the island nation and renewing economic and political ties.

“Cuba travel policy was inconsistent with our country’s founding principle of individual liberty and the freedom of movement that should come with it,” Sanford said in December 2014, the same day Obama announced he would begin reestablishing relations with Cuba.

But America’s involvement in Cuba is only half the story. Both the United States and Cuba will certainly gain from renewed relations between the two nations.

The University of South Carolina could play a large role in bridging relationships between Cuba and the United States. As the state’s flagship university, USC could send over students to study abroad and establish higher learning organizations and centers of research.

“That could open doors, social and economic doors for the future of South Carolinians,” said Jorge Camacho, professor of Spanish and Comparative Literature at USC.

The Port of Charleston is a major economic player in South Carolina, generating an annual $53 billion in economic output, of which $6.3 billion directly impacts the Lowcountry, according to USC research economist Joey Von Nessen.

“What I can see in the future for Cuba, because right now it has such a difficult relationship with Miami, the next available port would be the Charleston port,” Camacho said.

Another way the harbors of Charleston and Havana could directly connect is through Carnival Cruise, which is already eyeing Havana as another stop in its Caribbean tours. Tourism is crucial to both economies, and both stand to gain from increased tourism revenue.

But Sanford said renewed economic ties go beyond the well being of one particular state.

“I don’t think we should look at this through the prism of what this could do for my district or my state,” Sanford said after returning from Cuba.

Florida, home to so many anti-Castro Cuban-Americans, has long shaped policy in regards to Cuban immigrant policy, in contrast to the national policy regarding all other immigrants. “It’s been driven by a couple of zip codes in Florida,” Sanford said.

The United States allows Cubans who’ve reached American soil to stay in the country. The Cuban Adjustment Act allows Cubans who arrive in the U.S. to apply for legal residency after one year. Both face possible changes with the renewed relations.

“Cuba won’t have kind of an asterisk next to its migratory numbers in getting some sort of preferential treatment,” said Matt Childs, associate professor of history at USC. “Now Cuban migration is going to be roped into a larger discussion for migration.”

A World Apart, an Ocean Away

Before Obama, President Calvin Coolidge was the only sitting president to visit the island nation, just before the Great Depression. The twenties were rolling, alcohol was prohibited in the U.S. and “The Jazz Singer” recently put the final nail in the coffin of silent films.

Coolidge attended the Pan American Conference in Havana in January 1928, a meeting to serve as an olive branch between the United States and other Western Hemisphere nations. Coolidge spoke to ease criticisms about the United States as a superpower and about how far Cuba had come since the turn of the 20th century.

“Today Cuba is her own sovereign. Her people are independent, free, and prosperous, peaceful, and enjoying the advantages of self-government,” Coolidge said. Until 1898, Cuba was a colony of Spain.

But America remained a powerful player in Cuban relations under the Platt Amendment of 1901, which authorized the withdrawal of American troops from Cuba and left the nation in control of its own government.

The amendment prohibited Cuba from entering into any international treaty that would compromise Cuban independence or allow foreign powers to use the island for military purposes, according to the U.S. Department of State.

The Vegas of the Caribbean

In the years before Castro’s rise, American tourists visited Cuba to vacation at the beautiful beaches and famous casinos of Havana.

“Havana was then what Las Vegas has become,” said Louis Perez, a Cuban historian at the University of North Carolina at Chapel Hill.

Fidel Castro and his rebel force overthrew Batista in 1959. The United States severed diplomatic ties with Cuba in 1961. The following years saw President Kennedy’s failed Bay of Pigs invasion in 1961 and the Cuban Missile Crisis in October 1962.  Kennedy prohibited travel to Cuba in 1963.

“Nobody wanted to directly engage with Cuba and nobody did again until the Carter administration,” Childs said.

For 55 years, the two nations remained so close but so far away.

“The time is right”

Decades of isolation and international silence ended when Obama entered office. On April 23, 2009, within the first 100 days of office, Obama eased travel restrictions for Cuban-Americans.

In 2011, Obama extended the relaxations on travel to other categories, such as education, cultural or religious reason and for journalists.

Earlier this year Obama announced over Twitter that he would visit Cuba. “Next month, I’ll travel to Cuba to advance our progress and efforts that can improve the lives of the Cuban people,” Obama said.

“The time is right. Obviously our intention has always been to get a ball rolling, knowing that change wasn’t going to happen overnight,” Obama told ABC News.

Visiting Cuba as a lame duck president in his last year of office allows Obama to take credit for rekindling relationships between the two nations without taking the responsibility for what comes next.

There are two Cuban perspectives on America’s renewed intervention: those who have power and control the government and media, and the opinion of the people.

“So everything that has been published so far has been written by these hard-liners who have said Obama should have asked for forgiveness for the war the United States has put on Cuba for such a long time, for everything we’ve lost,” Camacho said.

“You are hearing Cuban-Americans who are really proud of Obama, saying this is my president who I really admire,” Camacho said. “I think he did for Cubans what Cubans themselves could not do.”

Childs also said that Obama makes the distinction that “Castro and Cuba are not synonymous.”

Looking for the American Dream elsewhere

The allure of the American Dream is still fresh in the mind of many Cubans, whose monthly income hovers around $20 for many. They pay, on average, $2 an hour just to use the Internet. Many of the basic civil rights Americans enjoy are unobtainable or hard to obtain in the island nation and dissidents are routinely thrown in jail.

“There is strong love, admiration, respect and staying up to date with American pop culture,” Childs said. “For the American government there’s a respect for its institutions, not necessarily its policies.”

As of 2014, Venezuela sent 100,000 barrels of oil per day and economic aid of somewhere between $5 and $15 billion a year, according to Time. But the fall in oil prices, which make up 96 percent of Venezuela’s foreign revenue, and the death of Venezuelan President Hugo Chávez left the Cuban economy in a state of disaster.

As Obama said, “The time is right.”

Though renewed relations have progressed rapidly since Dec. 2014, there is still the issue of what’s to come next. There have been entire generations raised in both countries that are detached from the Castro revolution and its 1960s-era policies. Even Obama was born after Castro came to power.

“Policy shouldn’t be directed to the government but to the people. The people should be the main concern,” Camacho said. “That has never been the case in the embargo; it has always been war.”

There is the chance for real change after decades of isolation. But first, there have to be some changes both politically and domestically for the island nation.

Cuba will need to search for new leadership. Fidel Castro is going to be 90 years old in August. Raul Castro will be 85 years old in June, and plans to step down in 2018.

The nation is in the middle of a road where Cubans can either find leadership in someone to continue the legacy established by Castro, or the people can decide to find someone to steer the country in a different direction.

“And I think because of those two scenarios, and because both are kind of realistic, it’s important for the United States to be there,” Childs said.

The Communist Party is still strong within Cuba, with people in the government or military that could potentially take over once Raul Castro steps down.

Sanford and other Americans with an interest in Cuba are hoping the country will abandon its one-party system and establish freedom of the press, as well as allowing dissidents to speak without the fear of being thrown in jail. When people are afraid to speak up about political change, citizens remain silent or risk imprisonment for speaking their mind.

But for many Cubans, the biggest problem is the lack of opportunity. Across the ocean, only 90 miles away, is the land where people are free to pursue careers in whatever job they desire.

“We may not get democracy in the short run, but at least people whose creative potential will be unleashed will become entrepreneurs, something they couldn’t have done before,” Camacho said.